Over the years I've known about a dozen people who have struggled with thoughts of suicide.  Perhaps I have unusual friends, or more likely, I live as an open book and so others then reciprocate with an openness of their own.  Two teenagers I grew up with and admired for different reasons, Shad D. and Kristi G., each took their own life almost twenty five years ago.  They are not forgotten.  I keep them in my prayers and I ask you to take a moment and commend them to our Lord.

There is always an element of spiritual warfare when a person is haunted by thoughts of suicide, and that warfare is especially fierce when a person is living outside of the friendship of God.  When I was in the midst of a black depression ten years ago, I always found it strange that I would get a sudden urge to crash my car into a highway overpass.  It was as though my mind would see the broad concrete pillar like a lovely bullseye, and then there would be a suggestion to just do it.  It was strange because I had no desire or intention of killing myself.  This went on for many months as I drove between Detroit and Ann Arbor.  Then after my conversion--about two years after my depression ended--I finally understood.

One night I tucked my friend Stacey into her bed at about 8pm, and headed downstairs to pray the rosary for her.  Stacey always went to bed early since she began drinking glass after glass of La Crema chardonnay starting around 4pm.  Aside from her alcoholism, Stacey had begun to despair of life.  Her husband had committed suicide two years before, her ex-husband now had custody of their children, and she was now losing her fashionable Bloomfield Hills home to foreclosure.  She was still stunning and fit, but she wasn't the local TV celebrity that she had been ten years before.  I settled on a couch in her living room and took out my beads to say a long, slow rosary.  The living room was situated on the ground floor, but was carved out of both floors of the house, and so the ceiling concluded with magnificent wooden rafters.  As I began the rosary my eyes naturally drifted up to the ceiling beams as they were reminiscent of an old church.  Then I saw in the rafters the form of large black vultures with angular heads and humanoid bodies.  Sixty demons had taken on this deathly form and were comfortably roosted in the poor woman's house as she slept.  They waited patiently, confident in their kill.  Occasionally they would shuffle back and forth, and once in a while one would leave or another would arrive, but they had made the place their home and there was nothing to drive them from it.  Stacey had neither faith nor icons or crucifixes mixed about the home, and my prayers were as weak as my will towards beautiful women.  It was then that I understood the true nature of demons.  They have no mercy and give no quarter.  They are simply predators who watch poor sinners as a vulture watches a horse stumbling through the desert.  When the horse falls the claws come out and they revel in the carnage. 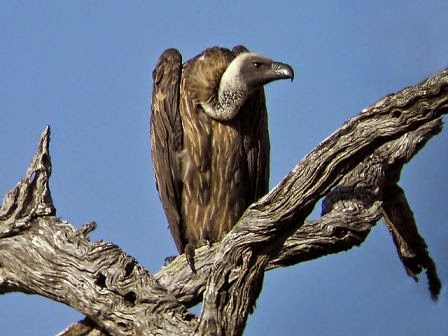 That was seven years ago.  All of these memories have come back to me as I spend time with another friend who is struggling with suicide.  Like Stacey, he has struggled with alcohol and sought comfort in a steady tide of sexual relationships.  He thought that the suicidal thoughts would end once he sobered up, but he has been dry for over a year and the thoughts have returned with a vengeance.  He often thinks about using his .357 magnum around 2 am.  He no longer has any answers.  In a strained, halting voice I told him about demons, and without using the word, I talked about hell, and the terrible thought of spending eternity with them.  I think he believed me.  I told him to come over to my house at any time or hour if he needed to talk.  I gave him a Bible and marked the Gospel of John with a St. John Paul II rosary.  He's proud of his Polish heritage, but like a lot of Polish Catholics from Chicago, he lost the faith somewhere in the 70s and 80s.  I also gave him a copy of my conversion story, and much to my dismay, he read my story before he turned to the Gospels.  A few days later I stumbled out of bed and went directly over to his house where he was working outside.  He said that something strange and inexplicable had happened at work.  He then told me the story and how for the first time in his life he recognized God's hand on him and in the world.  He began crying.  I was reminded again that our Lord will run eagerly to meet poor sinners if only they would glance in His direction.  Blessed be the Lord, for His mercy endures forever.  My friend has a long and bumpy road ahead of him.  Please keep him and all of those tempted to suicide in your prayers.