Peas In A Pod

Steve Dawson, the founder and director of St. Paul Street Evangelization, gave a rock solid interview the other day on The Journey Home.  I was amazed and consoled by our common experiences, and that we share the same basic "mental architecture" (by no means a given in today's church!).  Steve had his share of juvenile run-ins with the law, and then transitioned to the usual party scene of girls, booze and drugs.  But God gave him the grace to be utterly miserable without Him, and he was further blessed with an eros for knowledge--a burning desire to find Truth.  Meanwhile his mother and several eminent priests (Fr. John Hardon SJ, Cardinal Burke) were praying him into the Church.  After his conversion, God shielded him like a nestling, only releasing him to temptation once he had gained sufficient strength. Steve started out on the streets by spending many hours witnessing for 40 Days For Life, then he transitioned to year-round evangelization in what became St. Paul Street Evangelization.

That's basically my journey (minus the bank robberies, prison and endless years in academia).  It's also the journey of Meagan, the latest person to walk with us, but I'll tell Meagan Montanari's story in the next blog post.

Steve evangelizes because life is a distorted caricature of itself without God.  God makes all the difference, though many can carry on "fine" without God.  For so many others, they become wrecked on the shores of modernity, and end up as statistics as prison inmates, addicts, the homeless, labor market drop-outs, crime victims, aborted babies, childless marriages, and children of divorce.  Steve understands that the West is fractured, living off the salt and light of her Christian past, and the only means of restoring her is through a wave of conversions.  Steve has also come to see that apologetics is only a tiny piece of the puzzle.  Conversions usually depend more on prayer, personal witness and relationships.  St. Paul Street Evangelization is up and running in Portland again (thanks to Felix Barba's stewardship), and I hope they attract many more members and conversions.  It's truly a work of God.

The path of the just is like the passage of  dawn;
it grows from first light to the full splendor of day.
So that in all things we may grow into Christ who is our Head.

This April marks the tenth anniversary of my sudden and unexpected conversion.  Deo gratias, what a blessing!  The last ten years have been the happiest and most fulfilling of my life.  They haven't been smooth sailing, and I have very little to show for these years in terms of a career or impressive projects, but I have stayed close to Jesus and have enjoyed the blessings of family and friends.

In the spirit of the early (and more edifying) days of Catholic blogs, I thought I would offer the dreaded Top Ten List of the most important things I've learned (and re-learned and re-learned) in that time.

In the years following my conversion I spent a lot of time navel-gazing.  In particular, I flirted with a kind of "survivor's guilt".  I kept returning to the same thought, "Why me?  What about all of the other people I know who suffer from separation from God?  What have I done to receive truth and hope?"  God had reached down, and in a sovereign act had set my life along a radically new course by lifting the veil separating the natural and the supernatural.  It was a gift too awful to bear.  Then I finally understood that it wasn't about me, but that I was just one little part God's great plan.  I kept coming back to a bowling analogy.  God is a perfect bowler, and I am merely a pin that he has lovingly struck so that I might then move a few other pins.  This was a liberating realization. 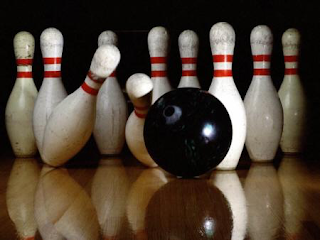 If God has reached down and plucked us from our misery, it is because we exist for the sanctification of the world.  Just as Jesus died for the world, he asks us to "die" in our own way for those he puts before us.  Jesus asks us--as he asked the apostles--to Follow Him, and he invites us to mirror his own life in our person.  God the Father has given us faith in his Son because he has called us to be "another Christ, a little Christ".  It is easy to protest at such an awesome dignity, and I know I resisted this core of Christian truth for some time.  Nevertheless, Christ will only come to completion through us, his Body.  It is scandalous given our weakness, but St. John Eudes writes, "He intends to perfect the mysteries of his passion, death and resurrection, by causing us to suffer, die and rise again with him."  What a vocation we have been given!  If only we cooperate and welcome His life into us.  As St. John Vianney beautifully states,  "We are each of us like a small mirror in which God searches for His reflection." 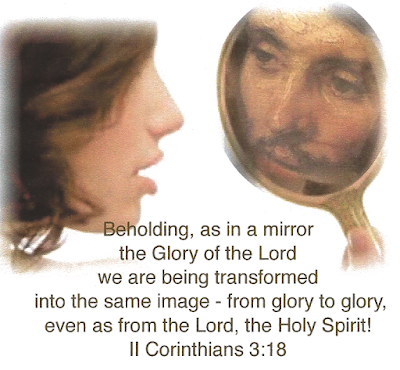 3.  We Are The Obstacles To Grace

As many mystics and Doctors of the Church have affirmed, a single Holy Communion is sufficient to sanctify us, and yet most of the graces slip through our fingers as we cling to our own ways and protect our own prerogatives and wounded hearts.  In particular, I know several serious and long-time Christians who have made scant spiritual progress in the last ten years.  Perhaps they have even regressed.  The problem seems to be that they don't truly believe in their heart of hearts that they are lovable.  At some deep level they still believe the painful lies they were told as a child by unsound parents, or other more recent lies of the devil.  Perhaps their pride cannot reveal their wounds to a God who already knows them anyway.  Perhaps they value a sense of control and resist surrendering to the King of Kings.  God yearns to heal them, but they guard their wounds.  For my part, I have been meditating in church on the scene where Christ is stripped of his garments.  I beg Jesus to strip me down, too, remove all those layers of resistance that separate me from Him and from my neighbor.  We must have the courage to lay ourselves bare to be made into His image.

4.  God's Plan For You Is Probably Not Your Plan

After my conversion I knew that my life would take a radically different path, but I wanted to direct that path along the career path I had already taken.  So I thought, "Okay, I can still finish my doctoral dissertation even though I now think half of it's wrong, and I can still work as a professor, albeit at a small Catholic college."  But Jesus had other plans.  Then I thought, "Okay, I have a great conversion story.  Maybe I'm supposed to write a book about it and be one of those Catholic apologist/conference speaker/radio types.  Then I could still put my years of education to use!"  Fortunately Jesus spared me from the speaking circuit--probably because a friend once tellingly-described me as a "peacock". Peacock's want attention--unless it is the wrong kind of attention.  But that's just the kind of attention that Jesus had in store for me.  He gave me this apostolate and a tunic which would attract some jeers and many bemused eyes.  It's kind of like the way St. Philip Neri would mortify the pride of his well-born and macho young men: he'd have them walk a dainty little dog all around Rome.  That provoked lots of laughs!  So much for the peacock.

The apostolate also seemed a bad fit because I'm someone who prefers to be detached and alone with my thoughts.  I always jogged and hiked alone.  I spent more than a decade in quiet with my nose in philosophy and literature.  But what was God's plan?  To toss me out onto the streets and into all kinds of face-to-face encounters with complete strangers! And it's worked.  It's a testament to God's all-knowing providence, to his transformative grace, and a rebuke to demons who only see our faults and weaknesses.

5.  Watch The Road, Not The Signs of the Times

The Christian soul and the Christian life should be one of harmony, with everything receiving it's proper place.  Things go sideways when we treat secondary things as primary, or when we give an outsize role to to a smaller duty.  For my part, I wasted a great deal of time and focus on discerning where we are in salvation history: is this the Great Apostasy, is there now a likely candidate for the Man of Sin (the final anti-christ), are we in the Last Days or just another great upheaval?  Every Christian should consider these things (Our Lord commanded it), and I especially recommend Msgr. Robert Hugh Benson's Lord of the World and Blessed John Henry Newman's Sermons on the Anti-Christ.  But this can easily become a draining and distracting quest, especially as it is usually accompanied by reading lots of news and commentary on the state of the Church, politics and economics.  I could have decreased my consumption of news and audio sermons by 90% and still have done my due diligence, but alas, this stuff is titillating.  I suspect many of us have given up pornography, video games (well, mostly) and our sports obsessions, and have replaced them with online news and commentary.  It is immensely more fruitful to focus here and now in the "sacrament of the present moment".

To Be Continued...
Posted by Scott Woltze at 8:28 AM No comments: