Three Ways God Uses Us to Bring about His Kingdom

In the first few months of the apostolate, I've been amazed at the diverse ways that Christ can use his servants to bring about his kingdom.  He is eager to use all of his people in what ever way he can: sometimes as a silent witness or visible sign, sometimes as an evangelist sharing the faith, and sometimes just through prayers and suffering.  What follows are three stories that illustrate the different ways that God eagerly puts us to use.

On a crisp, sunny winter afternoon I was walking a poor and working class neighborhood in Portland.  As I walked up the sidewalk on SE 122nd, I could hear a black couple having a relationship spat.  I tried not to eavesdrop, but a high wooden fence hid my presence, and so the couple argued fervently as if they were the only persons there.   As I was ten feet from view the man had grown silent and the woman kept repeating, "You need God!  You need prayer!"  Just then I passed from the end of the fence into full view, and they both jumped back with big eyes.   The man pointed a long arm at the cross and heart on my tunic and burst out, "Right on time!  Right on time!  God's always right on time!"  The woman was triumphant, "See!  See!  You need prayer!" and then wagged her head to laugh.  I gave a big smile and didn't even break my stride.  I sensed that God had already used me in the way that he intended, and that offering a word would only detract from the moment.  Nothing notable happened for the rest of the afternoon, but I knew that my time had been well-spent--even if I had said nothing. 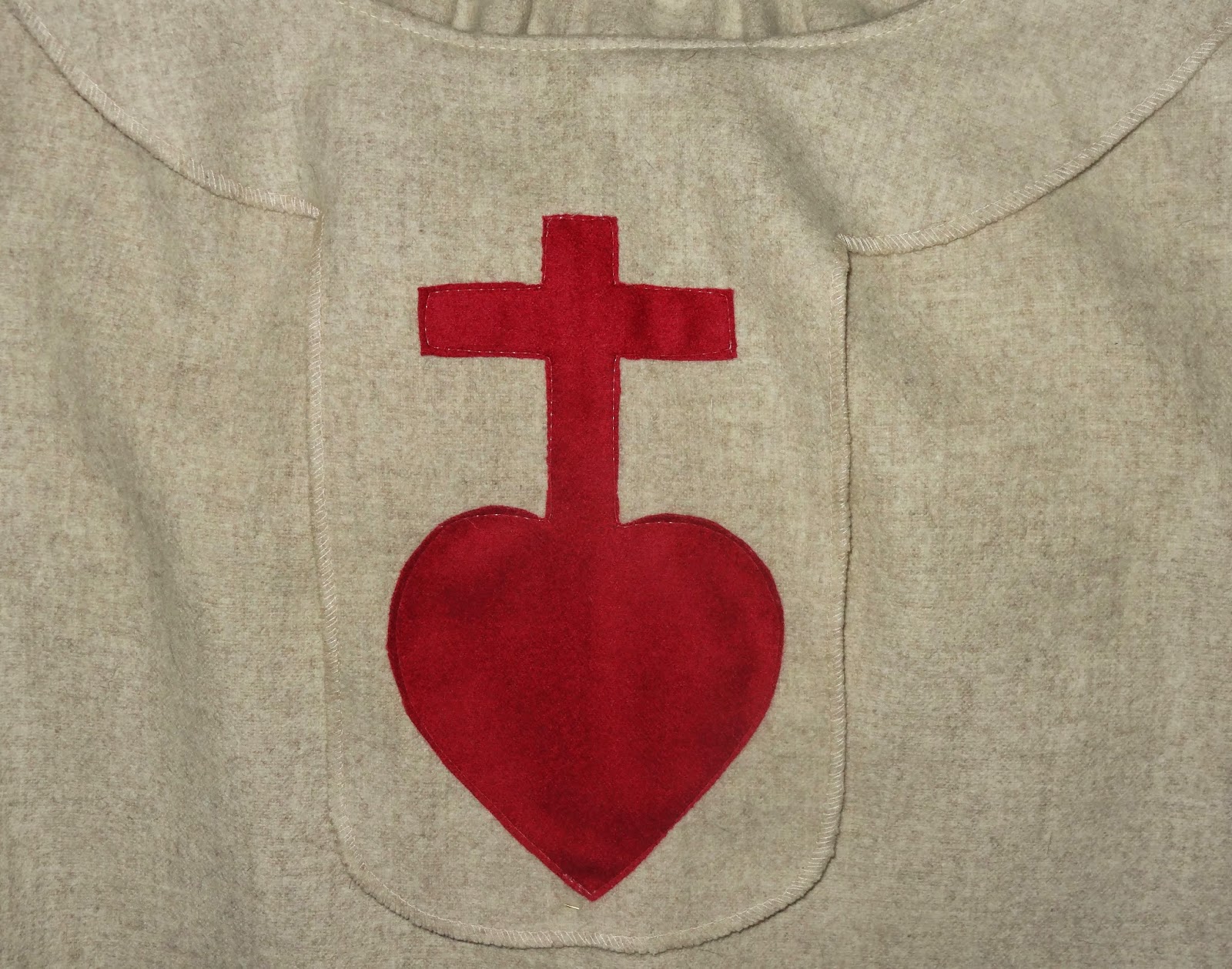 A Young Man Asks For Reasons to Believe

Southeast 82nd street is a rough and tumble part of Portland, and the city has declared it a "prostitution-free zone" in an effort to clean up the streets.  As the cold day passed into evening I noticed a young man watch me and then nervously grin as I continued on my way.  When I returned that way later he seemed more serious as he walked toward me, and he stopped just as I passed.  I didn't take his cue.  Perhaps I was as frightened to talk to him as he was to talk to me.  As I continued down the street he ran after me to talk.  He was in his late 20s, wore a hoodie from a local micro-brew outfit and had shy almost guilty eyes.  My impression was that he was about to ask a smart-aleck question.  Instead, he lamely asked what I was doing out here and then blurted out, "Can you help me believe in God?"  I was stunned--like a fisherman who has gotten no nibbles all day and then gets yanked forward by the big one.  I thought, "Wow, so that's what I'm doing out here...  Please help me Lord!  Guide my lips!"  We quickly settled into a fluid stream of conversation. He had been a philosophy major in college and so we had a fertile range of topics.

But the academic approach eventually began to dry up and I could sense he was a little impatient and disappointed.  I hadn't given him a satisfactory reason to believe, and so I decided to change my approach.  I began to tell him of my own conversion experience.  He watched me closely as I told him that I had instantly converted when I heard God say one day, "I love you and I forgive you."  He was eager now, "Would I have heard the voice if I was standing right next to you?"  His face fell when I said that I doubt it, and his expression said, "This religion stuff is always hopelessly subjective..."  He brightened up again when I told him I was not one to hear voices, that I was an ex-con who liked to stay close to the ground. And then he opened up and spilled out the heart of his despair.  He told how he had already done time in jail for two DUIs, and was now ducking a third charge in Washington.  He said he was an alcoholic and that he had made his life a "complete wreck", and was even now a little buzzed.  I reassured him of Jesus' faithfulness and mercy, and suggested that his alcoholism may even aid in his salvation.  I remembered a story about an alcoholic that the late Fr. Thwaites liked to tell, and so I shared the story.  I told him it was a cross that would keep him humble and close to God.  He would have to be dependent like a child--as all of us should be--and even now this wound had left him hungry to seek God.

As our encounter ended, he remarked, "It's easier to believe in demons than God."  He further said that he thought the possibility of demons was "probably true", and his eyes glazed over as he he seemed to be inwardly recalling some things.  The fact and mystery of evil weighed heavily on his mind, and I urged him to start there.  Once he was convinced of that side of the supernatural, then he might find his way to the lovely source of truth, beauty, and goodness--God himself.   Before we parted he reached out and I gave him a brotherly embrace.

I haven't seen or heard from him since that day.  Perhaps the next day he was embarrassed that he had opened up to a stranger.  Perhaps he was put off that I had declined his invitation early in our meeting to talk about these things in his apartment, or that I didn't like to give out my phone number.  I regret those decisions now, and will respond differently in the future.  He was at a tipping-point in his life--ripe for the workings of grace--and it was time to step out of my comfort zone and take a chance.  If a mess ensued then it would be cleaned up, but it is better to engage in some holy foolishness than to let one of God's beloved stay out in the cold.

The final episode occurred on the first evening that I began the ministry.  Earlier that day my neighbor had  finally finished sewing my tunic after many delays, and I was anxious to walk the streets to see what God might have in store. I decided to walk down to the Planned Parenthood on SE 50th where I had often participated in 40 Days for Life prayer vigils.  The building would be empty at this hour, but it was an apt destination as it was the only Planned Parenthood in town that still performed surgical abortions.  I set out after dinner and the weather was foul.  A strong cold wind pressed the tunic against my limbs, and the cloth with the Jesus Caritas heart--appropriately called a 'yoke'--flew up into my face like an insult.  In fact, the insults and doubts were steady like a relentless rain, but not from Portlanders--for they had taken refuge from the weather.  Instead, the battle was within.

The whole length of my journey I was battered--no doubt by demons--with thoughts and sensations of inadequacy: of my meager trust in God, of accusations of being an impostor or poseur, that I was doing the right thing for the wrong reason, and they went on and on and on.  Even my prayers were hurled back in my face.  Once while stopped at a busy intersection I could feel people watching me from their cars, and I remembered what it was like to be a teenager again: to have a mind crippled by a hunger for human respect.  I recalled that demons are all "liars from the beginning", but they tell the truth when it suits them and I knew there was enough truth in their insults. In fact, God had allowed them to relentlessly mock me so that I would never forget the hidden pride that slips between the crevices of our hearts.  And so I continuously thanked God for the grace to see myself as I really was, and for once again turning the ugly work of demons to His own purpose.

When I finally arrived at Planned Parenthood, I began to say the rosary in front of the empty building.  I tried to kneel or sit discreetly out of view of the passing cars, but a nervous, hollow exhaustion had begun to set in, and so I slowly paced back and forth like a stiff sentry.  Then for a brief moment something happened.  A utility pipe configuration that was connected to the side of the building vanished from my sight and was replaced by a few violet and red flowers against a thick bed of green foliage.  I stood looking, and two seconds later the little flowers were replaced again by the gray pipes.  The symbolism was clear: my walking and prayers had not been in vain, but were a small spiritual bouquet, a tiny offering pleasing to God.  The flowers had been dull and small, the green foliage had been unruly and rough, but I didn't need a glorious sight.  My offering had been accepted and recognized.  I was deeply grateful for the humble sight, and frankly, I needed it.  I began the journey back home in hope, and was cheered by Tennyson's famous line,  "More things are wrought by prayer than this world dreams of." 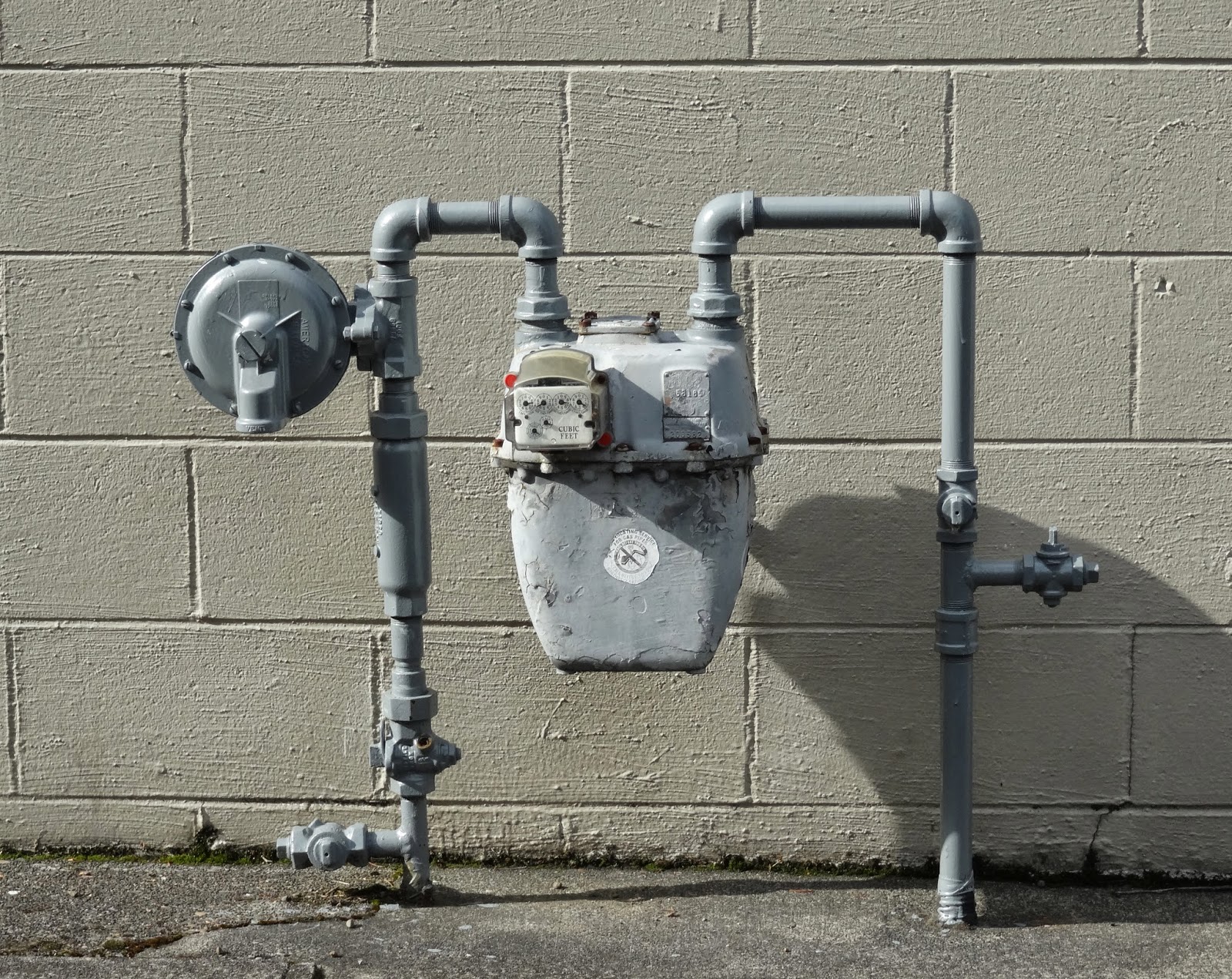