A Model for the Re-evangelization of the West

For the last decade Fr. Michel-Marie Zanotti-Sorkine has walked the gritty streets of Marseille, France in a cassock.  He walks the streets so that he might know all of his people, and he patiently waits for them every evening in the confessional.  He has brought many back to the faith, and has earned the respect of all the people of the diverse seaside metropolis.  The parish he was given was once almost empty, and now it is the busiest parish in Marseille.  His example has not gone unnoticed.  In fact, he has even inspired the good Archbishop Leonard of Brussels to found the Fraternity of the Holy Apostles after Fr. Zanotti-Sorkine's example.  The Fraternity has begun with three priests and seven seminarians, and has recently found a home in the once-closed old St Catherines'.  Like Father Zanotti-Sorkine, they walk highly-secularized Brussels in cassocks, and they bring the Gospel and sacraments to those who wouldn't otherwise seek them. 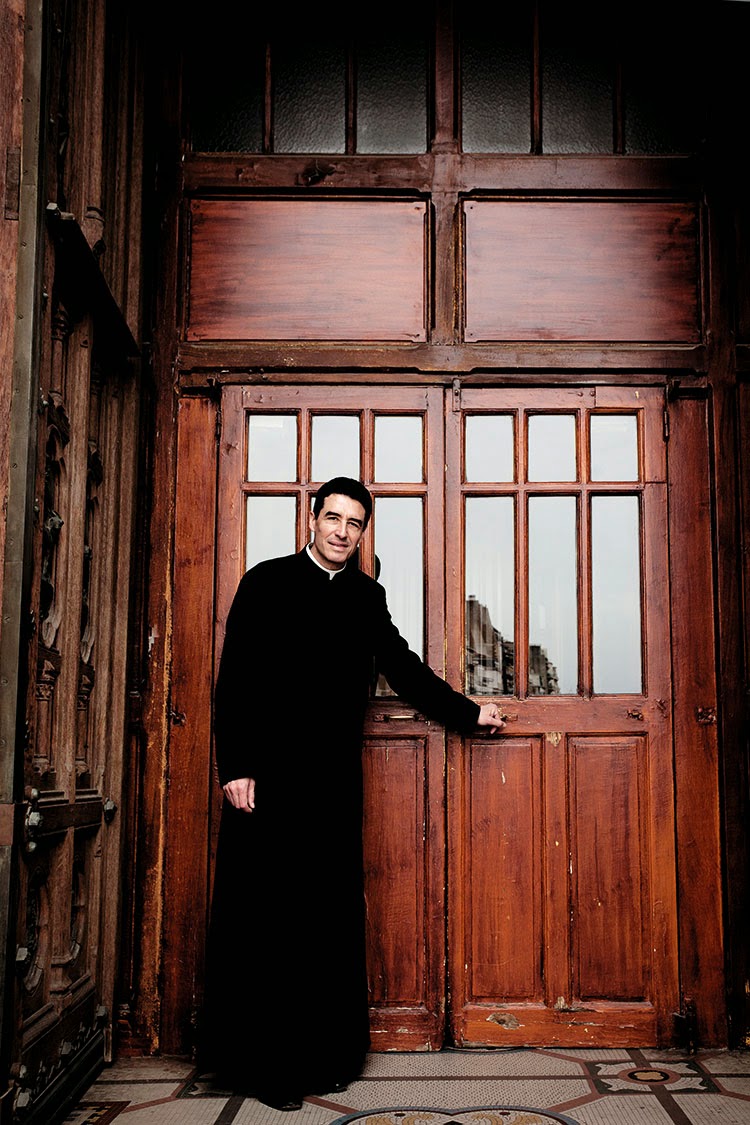 Fr. Zanotti-Sorkine has given us a model for how to re-evangelize the West.  He offers something old and something new to bring his people to the wedding feast of our Lord.  With his traditional dress, devotion to the confessional, and reverent mass he has reached deep into the time-honored treasures of the Church, and has been called another Cure of Ars.  His commitment to walking the neighborhoods is reminiscent of the early Franciscans and Dominicans, and represents the perennial missionary spirit of the Church.  He has also been adept at using modern technology to reach people through various forms of media: books, interviews, online sermons and even music.  God seems to have given him more hours in the day than the rest of us, and his success has earned him more than his fair share of critics.  Some critics find him too traditional, other critics object to the fact that he gives our eucharistic Lord to prostitutes (I would be ecstatic if some of the prostitutes I see every week would join me in confession and mass!), or that he has an attractive website and following.  He has taken some pastoral risks, but has also shown great faith in laboring for the Lord.  Who knows how long he walked the streets in his cassock before people finally relaxed and welcomed him?  And who knows how long he sat in the confessional--night after night--before people finally began to trickle in?  In his ten years at the parish of St. Vincent de Paul, the good father has shown us that Catholicism still works.  What worked for Sts. Francis and Dominic will still work for today, and what revitalized the village of Ars under St. Vianney can still happen in parishes today.


Fr. Zanotti-Sorkine has recently taken a new assignment at the Shrine of Our Lady of Laus.  We wish him all of God's blessings, and also for the good priests and seminarians of the Fraternity of the Holy Apostles.
Posted by Scott Woltze at 11:04 AM