The Past is Also Our Future

One of the gifts of a true conversion (of a metanoia, "a turning around") is that the new believer begins to order his life according to the mind and plan of God.  This brings a great deal of relief and peace as his life finally begins to form a coherent, cohesive whole.  He also comes to understand himself truly for the first time, or rather, to recover who he once was before sin set him on another course.  For example, I realized just the other day that as a child on the playground I often sought out the friendless, the awkward, the outcast--just as I do now while walking the streets.  It was always meant to be so.  As a child I gravitated to the schoolyard oddballs by a natural instinct, a grace really.  Then as I grew into a teenager I became ashamed of these oddballs.  I wanted to be one of the cool kids, and the outsiders were holding me back.  So I abandoned them, and spoke like St. Peter, "I never knew the man".  Since the outsiders were often kicked in the teeth, they only resisted with a hesitant word, or a look of loss and gentle reproach, the docile eyes of a cow.  I burned with shame and learned to look past them as though they weren't there.  It was a necessary evil, or so I told myself.  But now decades later things have come full circle.  I'm grateful to be at home again with the oddballs--as I was always meant to be--thanks in part to the street apostolate. 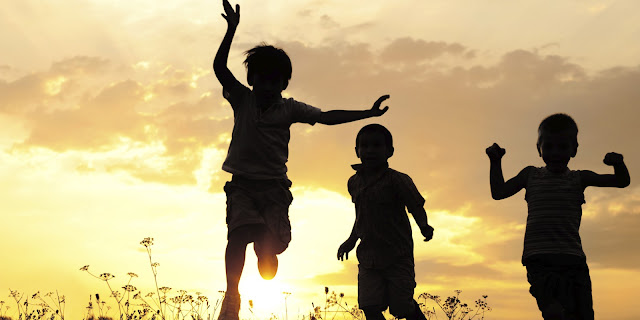 A Return to Old Gifts


God has given all of us certain gifts, experiences and character traits, and he means that we use them for the glory of his kingdom.  Sometimes certain gifts and passions take a backseat, but the arc of our life is long, and these gifts will return to prominence at the providential time.

In the past year or two, as I focused more and more on the street apostolate, I began to presume that my old philosophical passions were mostly a thing of the past.  After all, when you do street evangelization in hard-scrabble areas, the conversations typically revolve around the other person's current struggles and a few basic Christian truths. There is rarely a need to take a deep dive into the truth of things.  The world of books and ideas--of right belief--seem very far away, and the focus is on compassion and friendship--a meeting of hearts.

In recent times, there has been a movement to pit the life of the heart against the life of the mind, or at least to downplay the importance of truth, of right belief.  This is a mistake.  As the great Dominican theologian, Reginald Garrigou-Lagrange, put it, "Mercy and rigor of teaching can only exist together."  The two things are inseparable, if it is to be true mercy and true teaching.  The life of the mind and the life of the heart should be intertwined, and this fusion is what gives us the genius of the saints.  Even (or especially!) the most humble, ignorant saints had a crystal clear understanding of who God was and who we are.  I fear in recent times we've lost a clear image of God, and thus we are losing a clear picture of ourselves.  This was evident at the recent Synod on the Family when many cardinals and bishops sought to blithely sweep aside the plain teachings of Jesus Christ and his ancient Church.  In most parishes in the West in my lifetime, priests and laity have dodged the "hard sayings" of Christ like a child running away from his medicine.  This has only been possible because there has been a "loss of a sense of sin" (which Pope Pius XII described as the great tragedy of our era), one of the rotten fruits of the loss of faith.

One senior priest recently told a group of us that a two-tier church is emerging: one of believers who embrace the full historic teachings of the Church, and then a much larger body who mix in a thick dollop of the spirit of the age.  Another priest told me last week that the church hasn't been this sick since the Renaissance.  He wasn't referring to corruption or nepotism, but a crisis of faith: a mistrust in the radical power of grace, and a mistrust in our patrimony of scripture and tradition (the basis of right belief).  Some leaders in the Church think it's unimportant to align your mind with the eternal Church, with the saints throughout the ages, and the boldest openly profess the emergence of a "New Church" after the Second Vatican Council.  We know they are wrong because the Church is the mystical Body of Christ and "Jesus Christ is the same yesterday and today and forever" [Hebrews 13:8].

In my own process of conversion, I can attest that our Lord has a solicitous care for right belief, for the truths of the faith. Several years back, when I was still scrambling to transition my mind and heart to the Christian worldview after an instantaneous conversion, God mercifully walked with me, and at key moments he gave me supernatural glimpses of the divine order of things.  These experiences were often corrections, a gentle rap by the Good Shepherd, and they always pointed backward to what holy men and women have always known (including seeming curiosities like the fact that demons hate Latin).  I've written about some of these past experiences in earlier posts here, here, here, and here.

Now for the next two months I've decided to return to some old treasures, and write about personal experiences that I still reflect on in order to center and strengthen my own faith.  I will be "emptying out" my spiritual diary (really just a short collection of notes), and share three posts on the "Hard Sayings" of Christ, and then end with a "Tender Saying".   Some of the stories I will share are regrettably fantastic, but after all, God is not boring, nor is our destiny inconsequential.  If you doubt this, read about the life of today's saint, St. Columban, a well-traveled Irish monk.  His life has the makings of a great movie--though all of our lives are astounding when seen from the spiritual point of view.
Posted by Scott Woltze at 11:35 AM