The Blessings of Pentecost

My experiences on the street have undergone a remarkable change in the last several months.  People were so friendly today (and other days) that I kept thinking that I had better move to a different part of the city.  After all, if I'm really enjoying the ministry, then where's the sacrifice?  But that's foolishness.  People have become friendly because I've walked the same neighborhoods for so long that I'm no longer a strange, unsettling presence.  In fact, there are people who have seen me around and have waited for an opportunity to talk to me.  So leaving is an absurd thought--like a gardner who never gets around to planting because all he likes to do is break up the hard soil.  The rocks are loosened now, and it's time to begin planting.  Maybe one day there will even be a harvest! 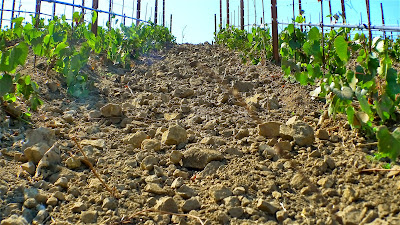 Another great change is that the Holy Spirit has loosened my tongue.  Now I've become adept at striking up conversations where I feel the Spirit is prompting me.  All of a sudden I have the touch of "holy boldness".  Perhaps I should also credit Archbishop Sample.  I asked and knelt for his blessing after Memorial Day mass, and he offered a spontaneous prayer for my evangelization efforts.  His blessing had an immediate effect once I hit the streets.


First I met Shane, a twenty-six year old ex-con who was really hurting from dope.  Even though it was a warm day he just stood by an open port-a-potty in Montavilla Park shivering and trying to hide in plain sight.  [By the way, those port-a-potties are like a Tiajuana sewer: condom wrappers, hypodermics, lewd graffiti with phone numbers for quickies, stolen wallets and cell phones, and feces and toilet paper everywhere.]  I had a few words with him, but he was too rattled to talk.  When I returned that way again he had gotten the jitters under control, and he gave me his name so I could pray for him.  Even though he was well-dressed, he was homeless now and had lost his job down the street as a mechanic.
I asked if he was "jones-ing" for heroin, but he said he kicked the "horse" several years back and he was just rattled from last night's crystal meth.  We agreed it must have been a bad batch since the come-down was so extreme.  Then I noticed both of his hands were swollen.  He had been beating on someone or something the night before, but he didn't have any memory of what happened.  He seemed like the kind of guy I used to buddy around with in prison, and sure enough, he had done some time at Columbia River Correctional Center.  He knew the prison lingo and we swapped prison stories and observations about life.  I found him to be a likeable guy.  It was clear that he wasn't open to the pull of faith, but I was grateful that he was beginning to seem more like himself.  Hopefully he will steer clear of meth for a while, and that he was only doing some lines because it was Rose Festival weekend (a huge "party weekend" in Portland).

After we parted I found it amusing that I've known three other guys named 'Shane', and all three of them were hoods of one kind or another.  But at least two of the Shane's grew out of it, kind of like the outlaw-turned-hero in the classic western, Shane.  I will keep Shane in my prayers, and ask that you lift him to Jesus in prayer, and all other young men like him. 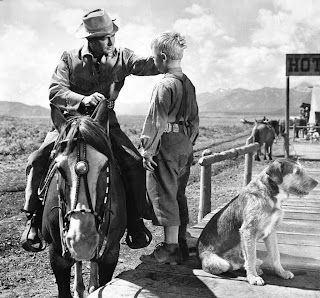 
Unlike Shane, Tasha had been thinking about God for a long time.  I met Tasha and her friend Megan on their way back from the laundromat.  They had been complaining that the laundry basket was heavy, and so I volunteered to carry it back to their house.  Tasha and her young friend were definitely the type of women that men want to follow home.  Tasha looked like she had probably posed in the Easy Rider magazine a few years back--though she had even more tattoos than usual.  Appearances are often deceiving.  Although Tasha was dressed to maximize her sexuality, she was actually a natural-born philosopher.

She stated that she thought that men had invented the idea of God to give them hope.  She also argued that without the prospect of heaven or hell it would be difficult to maintain social order, and so those in authority promote the idea of God.  Then she asked why she should believe in God.  By this time, Tasha's friend Megan had dropped far behind, and I guessed that God had arranged that so Tasha and I could have an intimate talk.  I asked her if she had children.  She said that she had a baby once, but gave it up for adoption after birth.  She had given the baby to a Catholic agency.

I decided to give her the two-minute version of my conversion story (though I left out the ex-con part).  I emphasized that I had once believed as she did, but then had a supernatural experience of God's love and forgiveness.  She seemed taken by the story--particularly by what I had been doing when God revealed himself: I had been kicking myself over how I had treated a young woman who had endured a hard life.  She said that she still prayed even though she didn't believe in God.  She also decided that there must be something supernatural out there because of all the stories and "youtube videos" of angels, ghosts and demons.

When we got back to her red brick ranch-style duplex, it was full of burly ex-cons.  She said they were "idiots" who were probably drunk, and she couldn't vouch for them.  The ex-cons were actually happy to see me.  She kept telling them of my experience with God, that it was like a bomb of pure love that had gone off in my chest.  "Boom!  Boom!"  She also kept repeating that "He just walks around the streets and prays", as if that was the strangest thing she had ever heard.  One of the ex-cons had just lost his brother to lung cancer.  The massive man came out of the house to talk, and I was taken aback by his powerful frame.  I'm rarely intimidated by other men.  When I played rugby, men from the other team would come up to me after the game and say, "Man, you're a beast." or "Your a horse!", but this ex-con was in a whole other league.  He said his mother used to carry around a little Bible everywhere she went, but that the sons had gone off in another direction.  Tasha said maybe his brother was in heaven with the mother, but I mentioned purgatory and said it was like a slow escalator up to heaven.  Then another ex-con showed up in a shiny blue Dodge Challenger and was amazed to hear all of the God talk.  Tasha kept telling everyone my conversion story, and the powerful man gave me a hug.

I've always thought that the flow of grace may be interrupted if I over-stay my welcome, and so I took my leave.  I'm sure I'll see Tasha and her friends around town.  Though Tasha and I had a deep and lengthy conversation, she had always kept her eyes ahead of her.  I had been like that, too, before my conversion.  Eyes always averted.  Pray that Tasha and her friends will hear the whispers of the Spirit, and surrender to the gaze of Christ.
Posted by Scott Woltze at 11:53 AM